We Love Technology 2007
Hosted by the University of Huddersfield and The Media Centre, Huddersfield

Led by pioneering technologists, We Love Technology was an annual celebration of the creative use of technology. This year an array of makers and thinkers from across digital culture, games and art and design communities will be contributing to our special-edition free salon event. A nice review here from Russel Davies

“It’s unbelievably inspiring, includes the most amazing visionary speakers but is also small friendly and perfectly formed. The quality of TED but more accessible. “ The Melt team

“Totally fascinating and informing, We Love Technology opened up a world of new media that I’d only imagined existed. I went back to work buzzing with ideas. A truly unique event.” Guest feedback 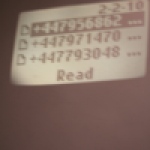 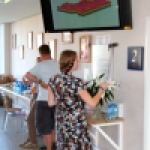 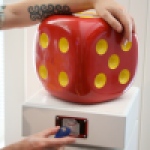 We Love Technology is an annual showcase which celebrates the misuse of technology.
This year we are inviting a range of inspirational makers and thinkers from across digital culture, music and art and design communities. 20th November 2008 : Bates Mill, Huddersfield A packed programme of speakers share ideas on audio hacking, social technologies, generative music, pervasive gaming, Emo wells, satcoms, what to do with all the stuff and ties which double up as arousal indicators in Bates Mill, Huddersfield. Click to see full programme.

Dr Chris Speed
Chris Speed is a research active designer working within the field of Digital Architecture, Human Geography and Social Computing developing new forms of spatial practice that transform our experience of the built environment. He is currently a Reader in Digital Architecture at the Edinburgh College of Art and has a background as an artist, freelance multimedia designer and art editor at a large publishing company in London.

Jen Southern
Jen Southern is an artist whose work involves investigating everyday journeys between virtual and physical spaces, which are navigated through socially embedded technologies such as video games, mobile phones and locative media. Her use of technology is specific to each project and has included robotics, wearables, shipping containers and currently GPS.
www.theportable.tv
www.hamiltonandsouthern.net

Tom Betts
Tom is an art school educated artist, self taught programmer, experimental musician and academic. He has been practising in the field of digital and interactive media for over 10 years and his current work investigates the ways in which digital environments change our perception and treatment of space, time and material. His projects focus on several aspects of this culture such as: schizophrenic and multidimensional reconstructions of data, interventions and distortions of existing digital spaces, generative construction of content and the life of digital objects.
www.thinkinggames.co.uk
www.nullpointer.co.uk

Collaboration with Lovebytes – We Love Technology presents the latest one day event held in Sheffield on 12 February 2010, highlighting the creative and cultural potential of digital technologies.

This was not the usual kind of event I would attend but the fact it was in my home city and is a subject I am interested in but know little about it seemed an opportunity not to be missed.  It was a really eye opening day and featured some awe inspiring works of genius.  I was also lucky enough to carry on some discussions afterwards in the newly opened Sheffield Tap which lead to some rather exuberant ideas to be discussed especially around those digital plasters and the concept of barely games.  We love technology, we love art but everyone will always love the liquid that has driven all kinds of craft and creativity…beer. Aden Davies 🙂