Art Kiosk is a Sagalund Museum and Children’s Culture Centre initiative that I have run since 2018. I run three fast and furious creativity sessions a week in seven schools across Kemiönsaari. Check out Instagram #artkioskk

As part of Blink’s Pocket Shorts initiative, I ran a series of short-form filmmaking workshops across the North of England with Andrew Wilson. They were designed to nurture the next generation of mobile phone film directors. Pocket Shorts was the first made for mobile short film production scheme funded by NESTA. It was later adopted in Scotland by Scottish Screen and Scottish Enterprise.

SPIN Pimp my bike project using Lady Ada’s spoke mounted pov ( persistence of vision) technology and simple animation with North West community groups and BLAZE. After a special visit, we developed 3 frame cartoons from Blackpool Illuminations Victorian neon lighting archive. They were seen by people who cheered us along the promenade and the hundreds of other riders on the night. 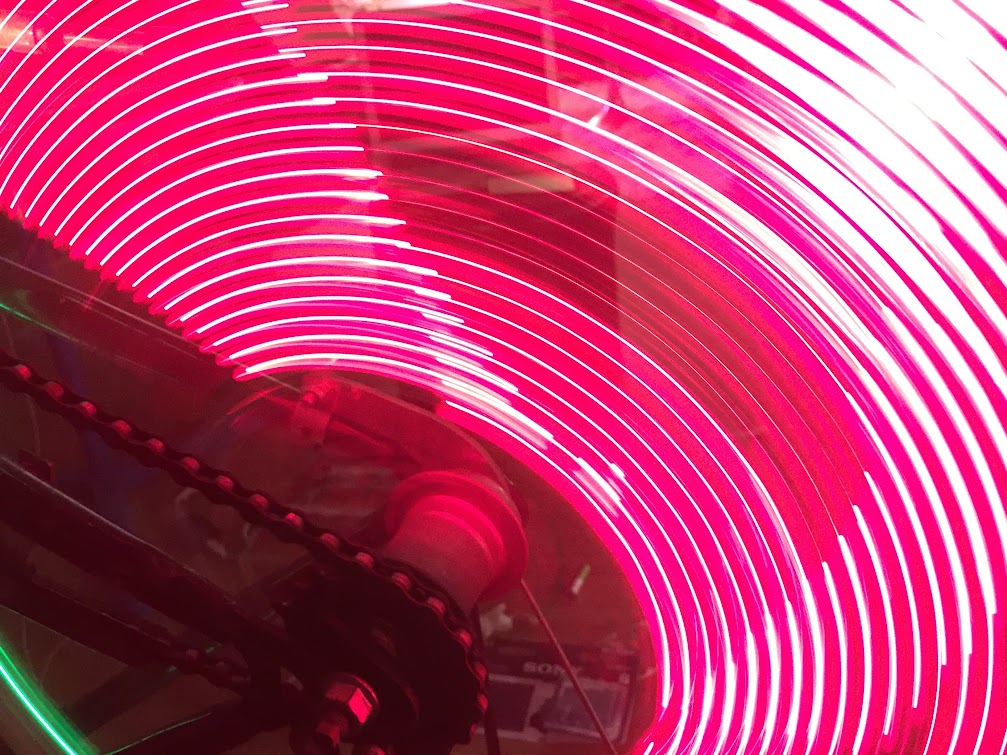 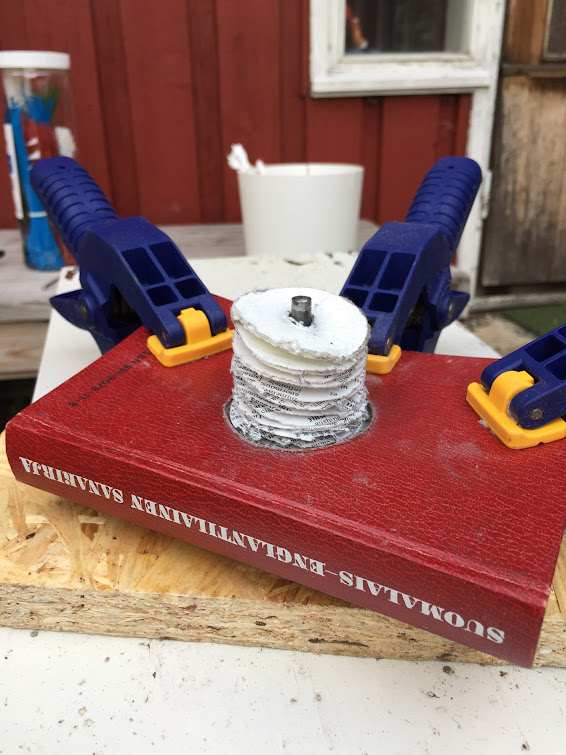 SEE ME Workshops with local children using reflective materials to modify umbrellas to keep them safe at bus stops. 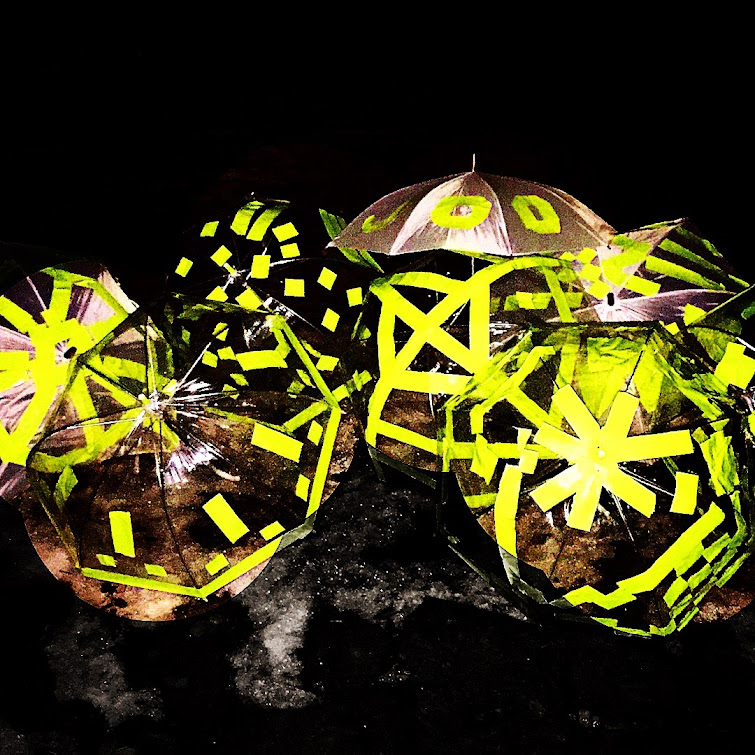 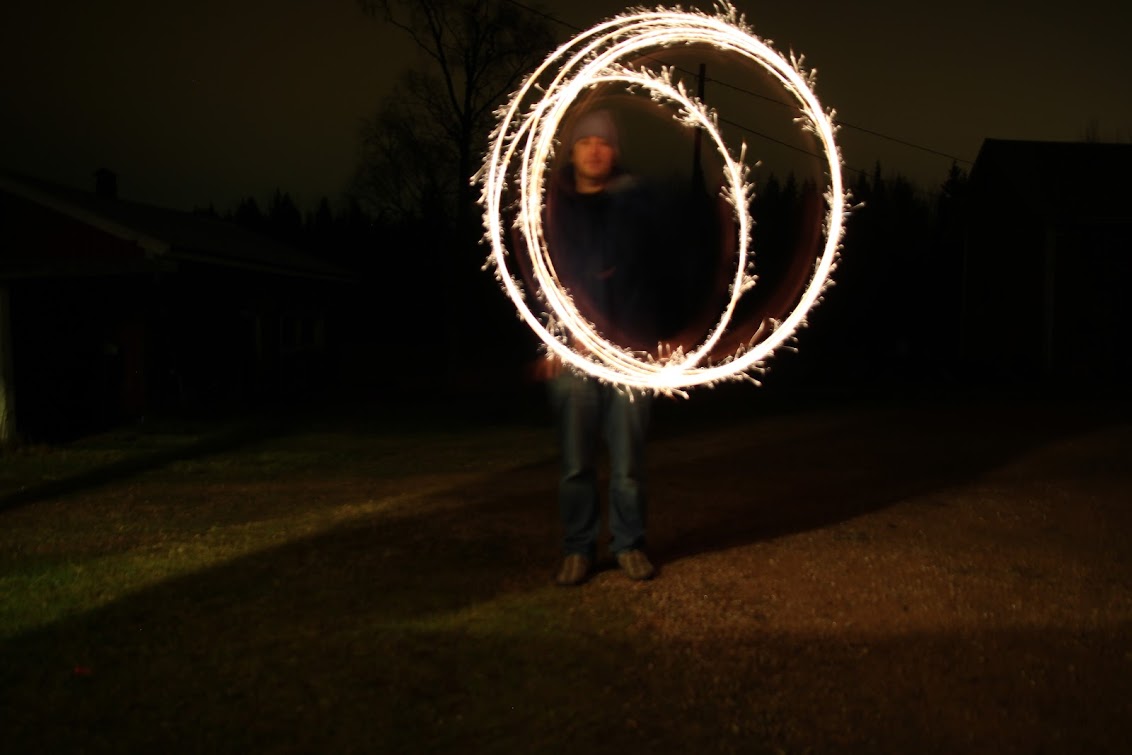 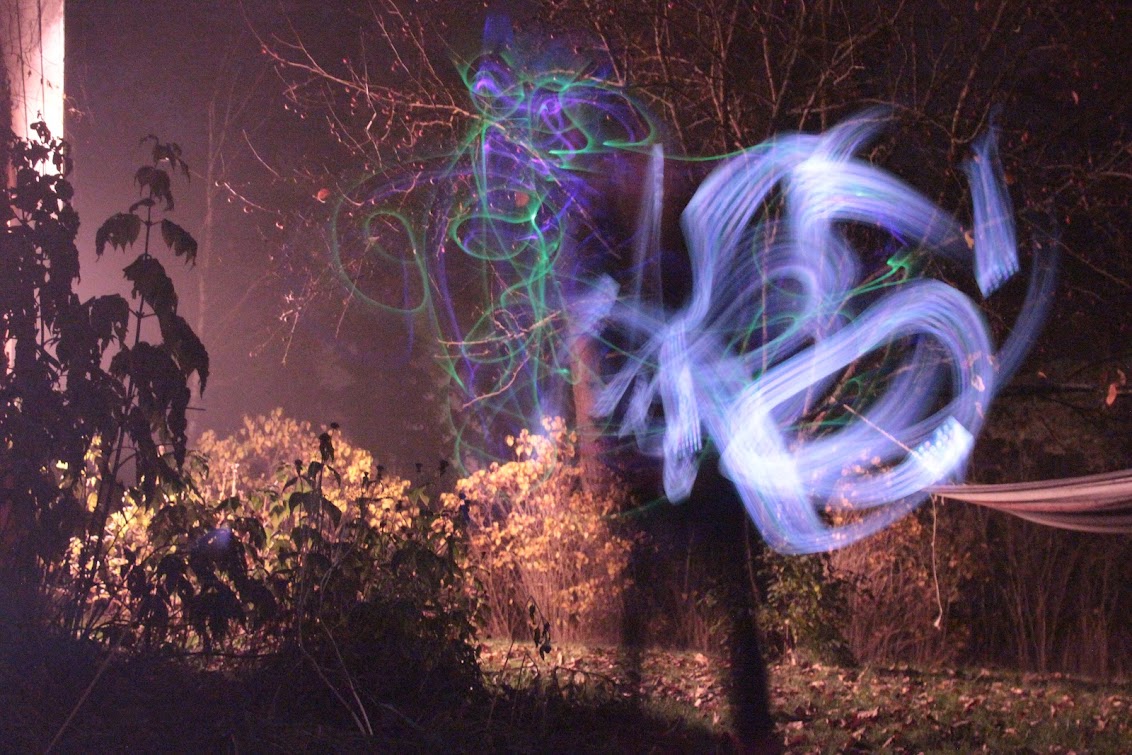 CONTINUUM  Was a collaborative heritage drawing initiative with local school children. We used large charcoal sticks ( an important element in the steelmaking manufacture ) and drew a large continuous spiral one line following the next another to remember the importance of work and the annual labour day parades in Dalsbruk. 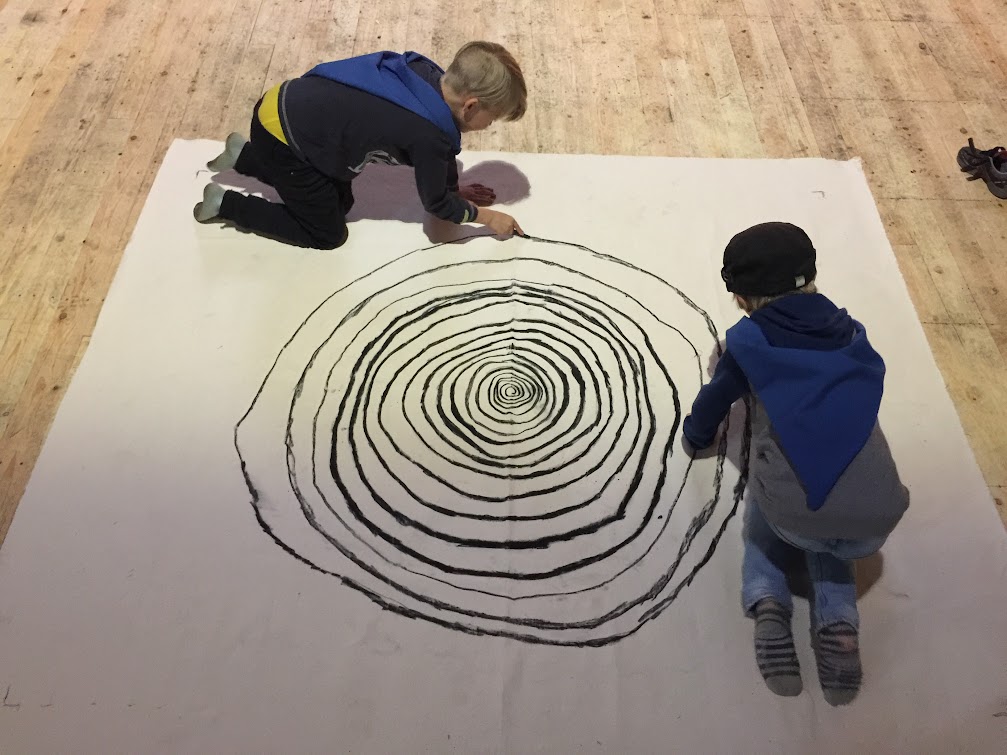 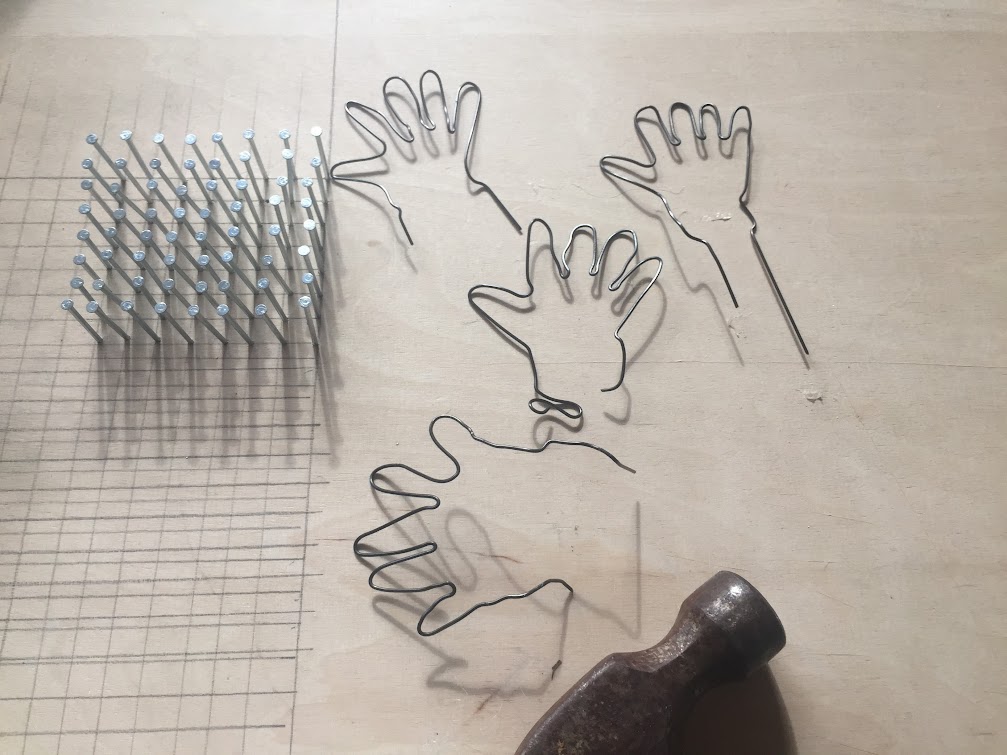 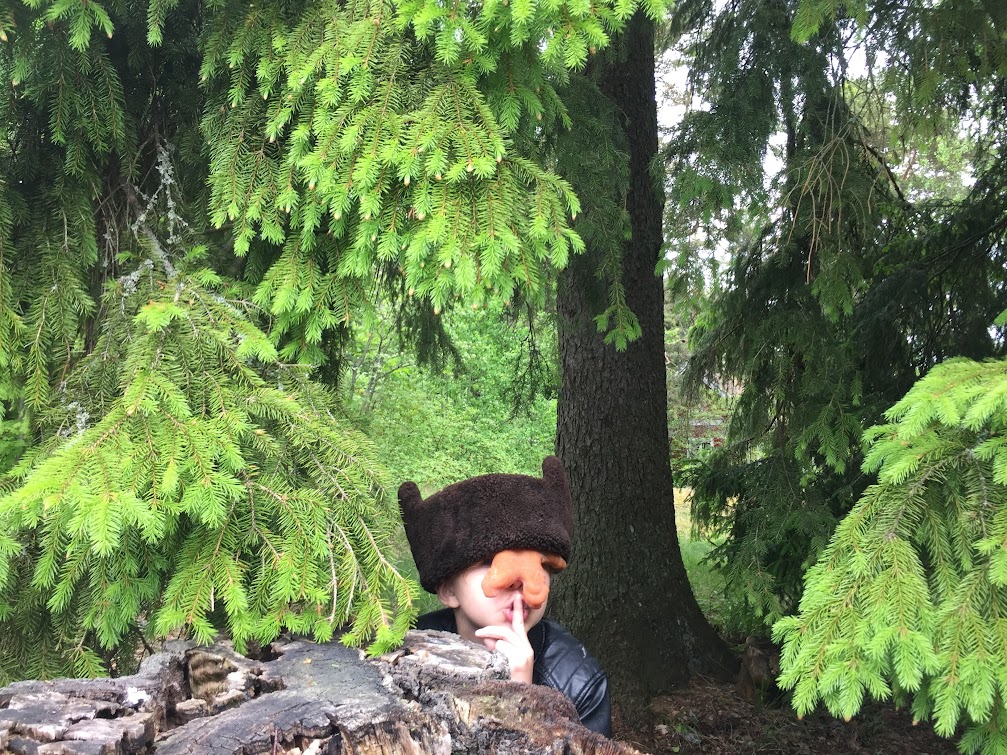 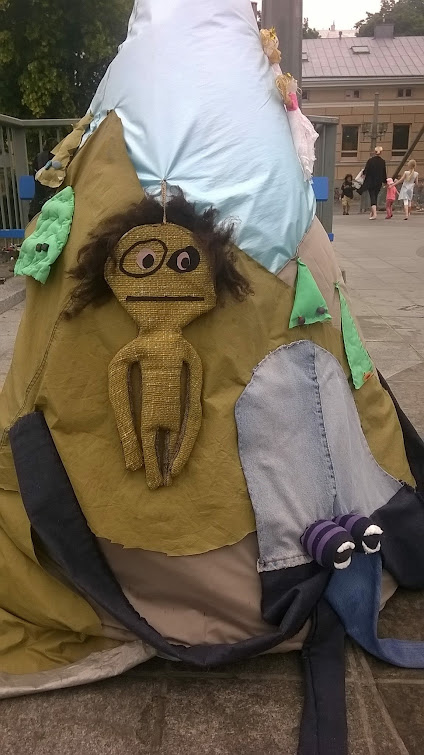 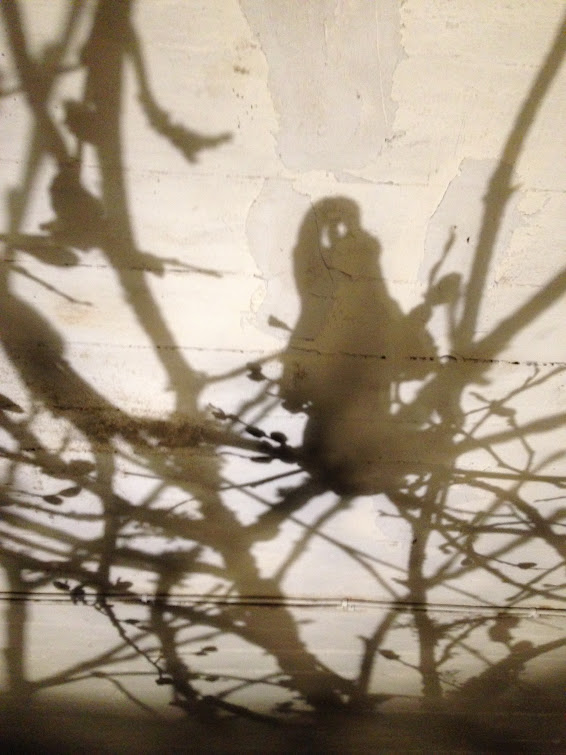 I made an extra large cardboard Enderman from Minecraft for UPLOAD Film Festival 2016. Here he lies naked and prostrate in front of the screen in Bio Fix, Villa Lande. 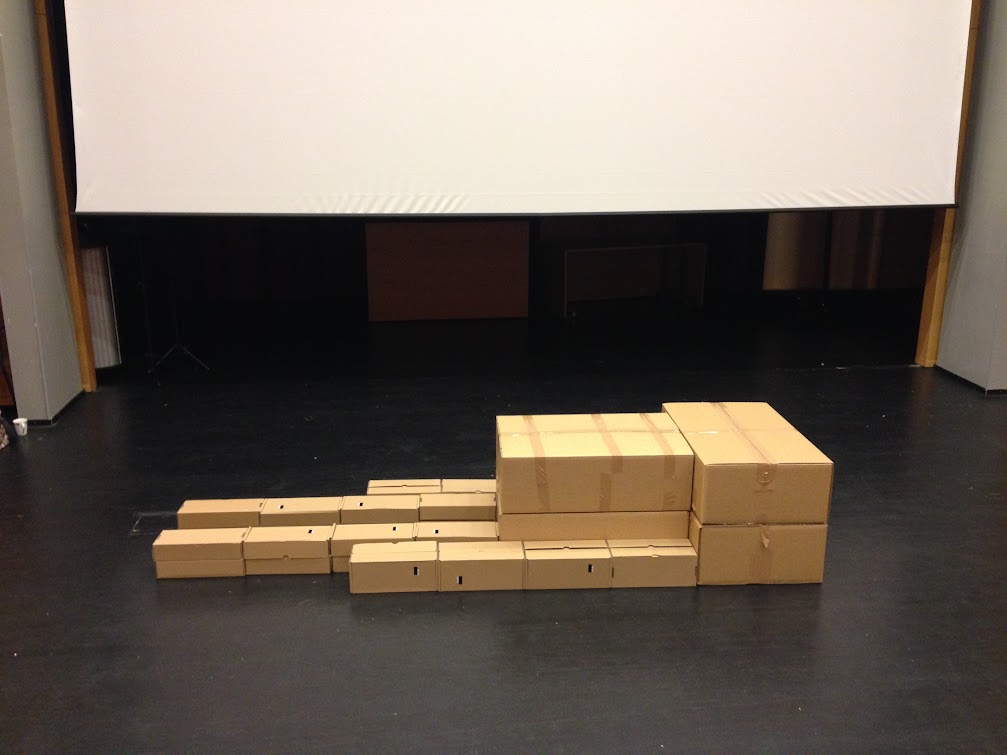 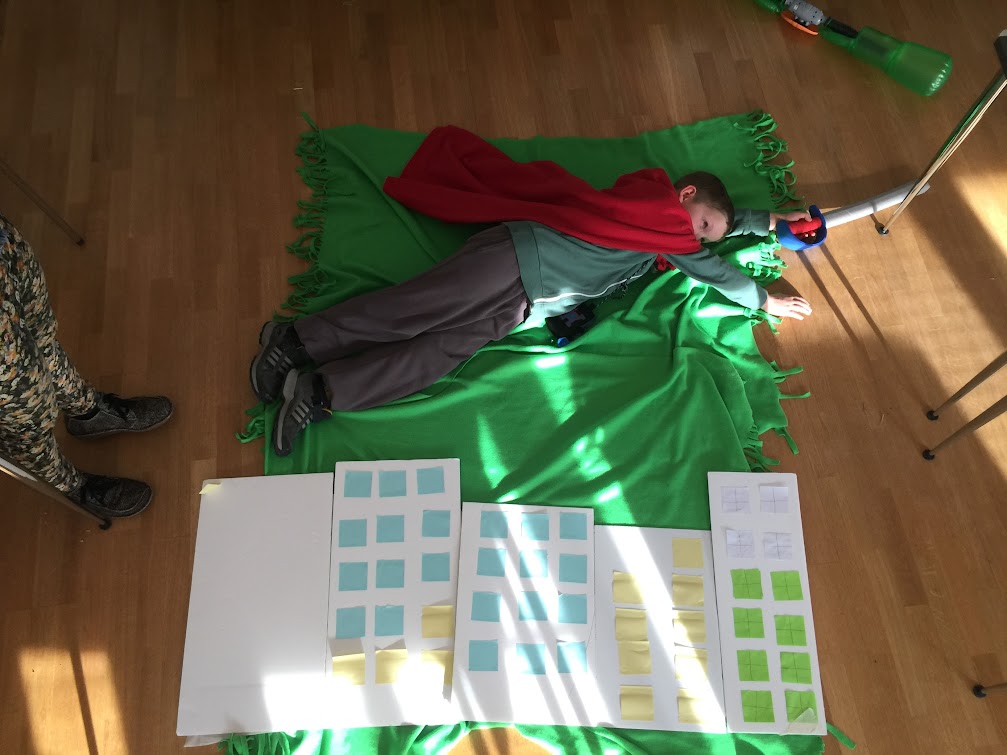 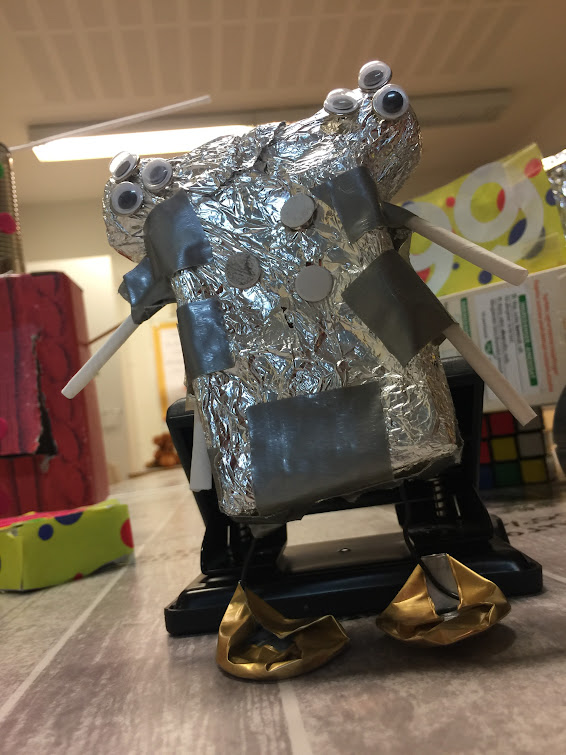 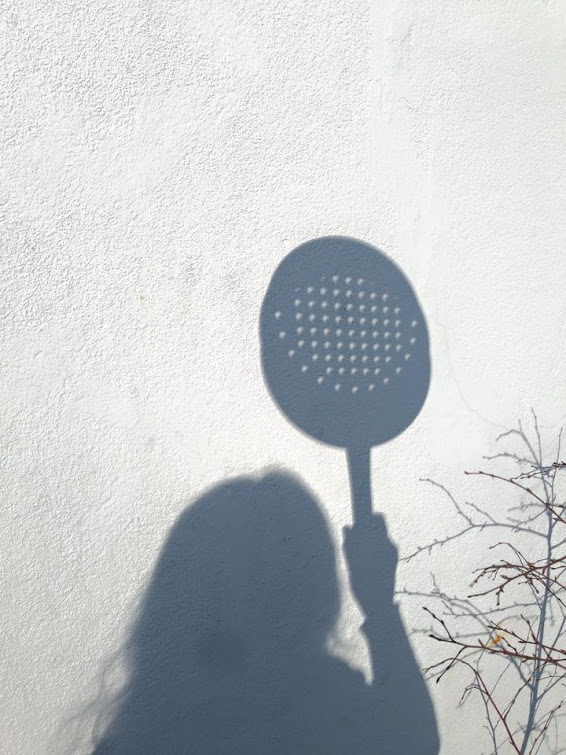 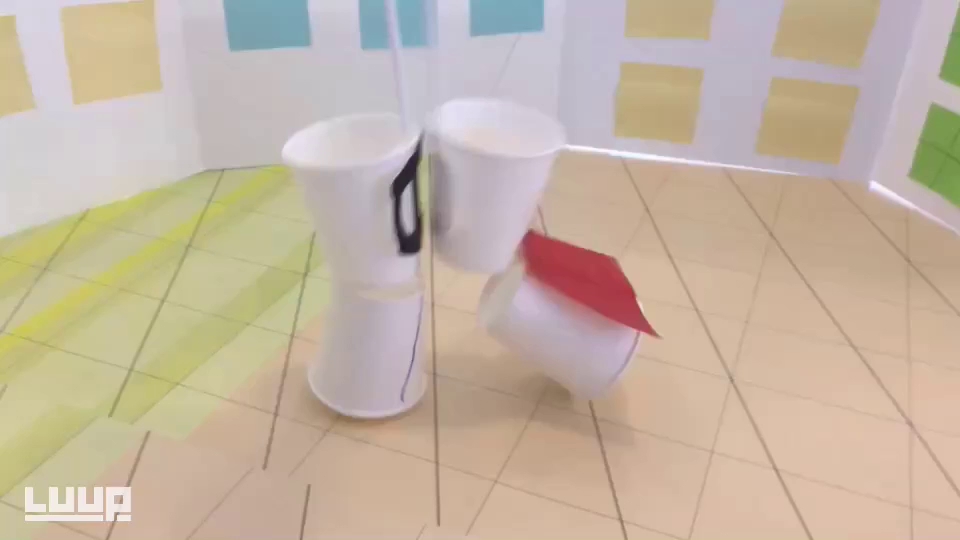 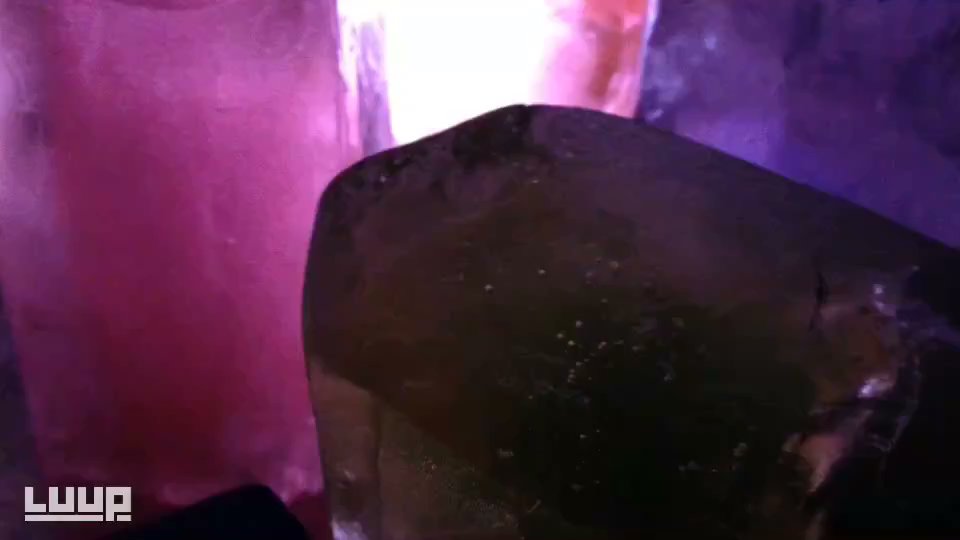